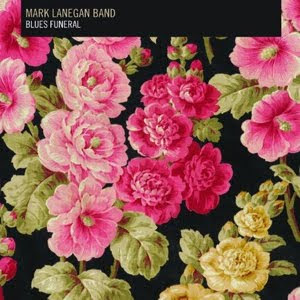 Former Screaming Trees front man, Mark Lanegan along with about eleven other musicians scrape up some talent and call this one Blues Funeral. This second album credited to Mark Lanegan Band (formerly just Mark Lanegan) is dark and sometimes surprisingly upbeat but I can't really find anything on any of the four sides of the double LP that really stays with me. There are some drum machines, decent vocals and effects and tracks that seem to go on for too long. This could be a record that will have a whole new meaning once (or if) it grows on me, but for now it's more or less background music with no Earth-shattering moments worth mentioning.