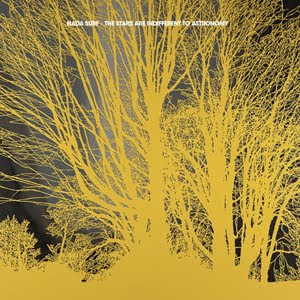 The Stars are Indifferent to Astronomy

New Yorkers Nada Surf turn twenty years old this year… which apparently makes me really old considering that it feels like just yesterday that their early career one hit wonder "Popular" was first owning the airwaves. The band spent well over a decade receiving very little critical acclaim (or any attention at all for that matter, less maybe the satisfactory UK-only cover of Vitreous Humor's "Why Are You So Mean To Me" indie classic) and it wasn't until the early 2000's that band made moves to work with Barsuk Records, getting a slightly larger following in doing so. The Stars are Indifferent to Astronomy may be the most mature sound I've personally witnessed out of the group, but it comes off very well. All ten tracks flow from start to finish, some ("When I Was Young", "Jules and Jim", and "Looking Through") take a forefront to the album with a pop sensibility that seems to have come up short in previous efforts. Because of their lengthy lull, many people may be indifferent to The Stars Are Indifferent to Astronomy, but I'm confident in classifying it as a record which wholly lies somewhere between good and very good.