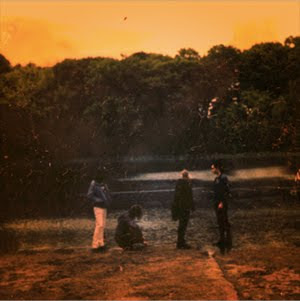 The cover of this album looks as if it might be a photo of another angle of the property that the Mapledurham Watermill sits on (as pictured on the cover of Black Sabbath's first, self-titled release). Appropriately so, the tail end of the 60's and into the 70's were a strange time for cults, witchcraft, and psychedelic rock music. Far-Out Fangtooth's Pure & Disinterested may technically be a contemporary album, but its influence comes from those dark moments some decades ago. The music is dreary, low-fi and sludgy at times but yet somehow very listenable. Drawing from psych groups of the aforementioned time and also something that says "SST era Sonic Youth meets The Crystal Stilts".